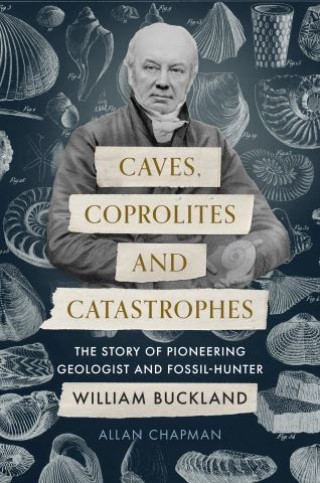 The Story of Pioneering Geologist and Fossil-Hunter William Buckland

In 1824, William Buckland stood in front of the Royal Geological Society and told them about the bones he had been studying – the bones of an enormous, lizard-like creature, that he called Megalosaurus. This was the first full account of a dinosaur.

In this brilliantly entertaining, colourful biography – the first to be written for over a century – Buckland’s fascinating life is explored in full. From his pioneering of geology and agricultural science to becoming Dean of Westminster, this is a captivating story of an exceptional and eccentric scientist whose legacy extends down to this day.

William Buckland DD, FRS (1784–1856) was a theologian and a scientist, who is widely regarded as the founder of the science of geology. He was an older contemporary of Charles Darwin and played a central role in the nineteenth-century ferment of ideas about the origins of the earth and of living things. A field geologist of genius, an avid fossil hunter and brilliant interpreter of fossils, landscapes, and earth history, Buckland was also a pioneer of agricultural science and an early ecologist. He demonstrated how the earth’s climate has undergone radical changes over geological time – from carboniferous swamps to ice ages, each with their own flora and fauna. Buckland was also a pioneer of public health reform, who (well before germ theory was established) grasped the centrality of clean drinking water to health, and who waged war on bad drains and slum landlords who exploited the poor.