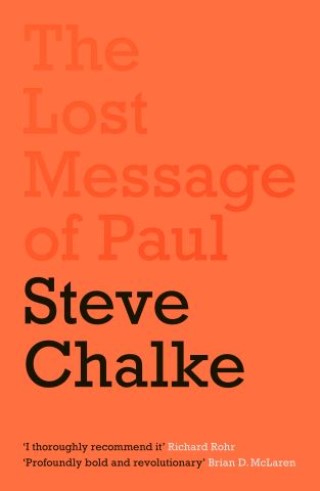 The Lost Message of Paul

Has the Church misunderstood the Apostle Paul?

We have misunderstood Paul, badly.

We have read his words through our own set of assumptions. We need to begin with Paul’s world view, to see things the way he saw them.

‘Over the centuries,’ writes Steve Chalke, ‘the Church has repeatedly failed to communicate, or even understand, the core of Paul’s message. Although Paul has often been presented as the champion of exclusion, he was the very opposite. He was the great includer.’

Steve Chalke MBE is a Baptist minister, founder and leader of the Oasis Charitable Trust, and author of more than 50 books.