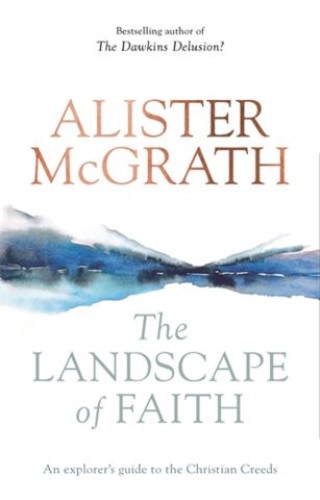 The Landscape of Faith

An Explorer's Guide To The Christian Creeds

At Oxford University in the 1970s, Alister McGrath faced a crisis when he realized that his scientific atheism made less sense of reality than the ‘big picture’ offered by Christianity. A reluctant convert, he was astonished by the delight he found in exploring a previously unknown world of ideas.

Crucial to his understanding have been the Christian Creeds, which he regards as maps to the landscape of faith. His hope in this volume is that we too may grasp comprehensively the treasure to which they point: the living God, who is the ground of our existence; Jesus Christ who journeys with us; the Holy Spirit who offers us reassurance and affirmation on the way.

Drawing on the theology of popular writers like C. S. Lewis, G. K. Chesterton and Dorothy L. Sayers, and full of stories and illustrations, this vivid portrayal of the imaginative power and vision of Christianity will prove invaluable to clergy, church leaders, theological students – and all who long to expand their understanding and love of God.

Alister McGrath: Alister McGrath is Professor of Theology, Ministry and Education, Head of the Centre for Theology, Religion and Culture at King's College London and a prolific author. His recent books for SPCK include Heresy and, with Joanna Collicutt McGrath, the international bestseller, The Dawkins Delusion?