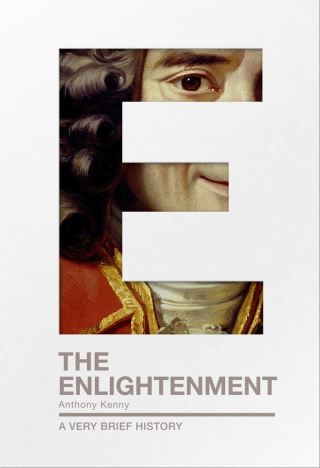 ‘If God did not exist, it would be necessary to invent him.’
Voltaire

Montesquieu, Hume, Voltaire, Diderot, Smith, Gibbon, Bentham . . . These are among the great thinkers who contributed to the dramatic developments in religion, science and philosophy that we now call the Enlightenment. They dominated the second half of the eighteenth century and their writings continue to shape the intellectual and political worlds we now inhabit.

Written by a world authority, this brief history of the Enlightenment concludes with a perceptive assessment of the cultural, religious, ethical and political dimensions of its legacy.

‘A remarkable short tour of the Enlightenment that is brisk but never hurried, covering more than seems possible. Kenny is as spirited and opinionated as the age he describes, tempered by a moderation and breadth of knowledge that comes from experience and hindsight.’
Julian Baggini, founder editor of The Philosophers’ Magazine