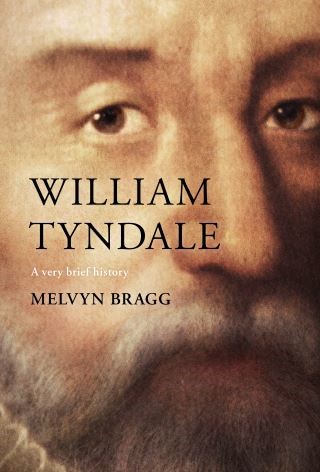 ‘On the morning of 6 October 1536, a frail scholar was taken from a dungeon in the castle at Vilvoorde, just north of Brussels. Armed guards kept the crowds at bay as he was led through the streets of the small town. He was to be burned. The funeral pyre, a wigwam stack of planks surmounted by a cross, was ready. Gunpowder would be thrown on the wood to encourage the flames. He was allowed a few moments of prayer. As a priest, prayer had been the keystone of his faith. After the brief pause, he walked up the steps to be tied to the cross. As he waited for the flames, he called out, “Lord, open the King of England’s eyes!”

‘This was William Tyndale, the man whose translation of the New Testament and much of the Old Testament was to bring about more profound changes to the English-speaking world over the next five centuries than the works of any other man in its history.’
From Chapter 1: Innocence and genius