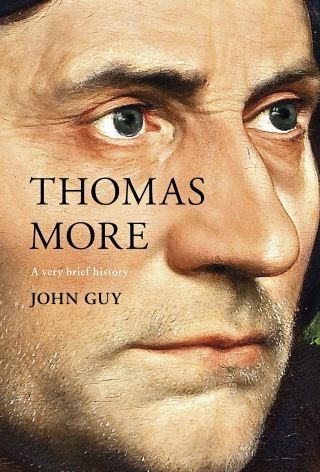 ‘If the English people were to be set a test to justify their history and civilization by the example of one man, then it is Sir Thomas More whom they would perhaps choose.’ So commented The Times in 1978 on the 500th anniversary of More’s birth.

Twenty-two years later, Pope John Paul II proclaimed Thomas More the patron saint of politicians and people in public life, on the basis of his ‘constant fidelity to legitimate authority and . . . his intention to serve not power but the supreme ideal of justice’.

In this fresh assessment of More’s life and legacy, John Guy considers the factors that have given rise to such claims concerning More’s significance. Who was the real Thomas More? Was he the saintly, self-possessed hero of conscience of Robert Bolt’s A Man for All Seasons or was he the fanatical, heretic-hunting torturer of Hilary Mantel’s Wolf Hall? Which of these images of More has the greater historical veracity? And why does this man continue to fascinate, inspire and provoke us today?